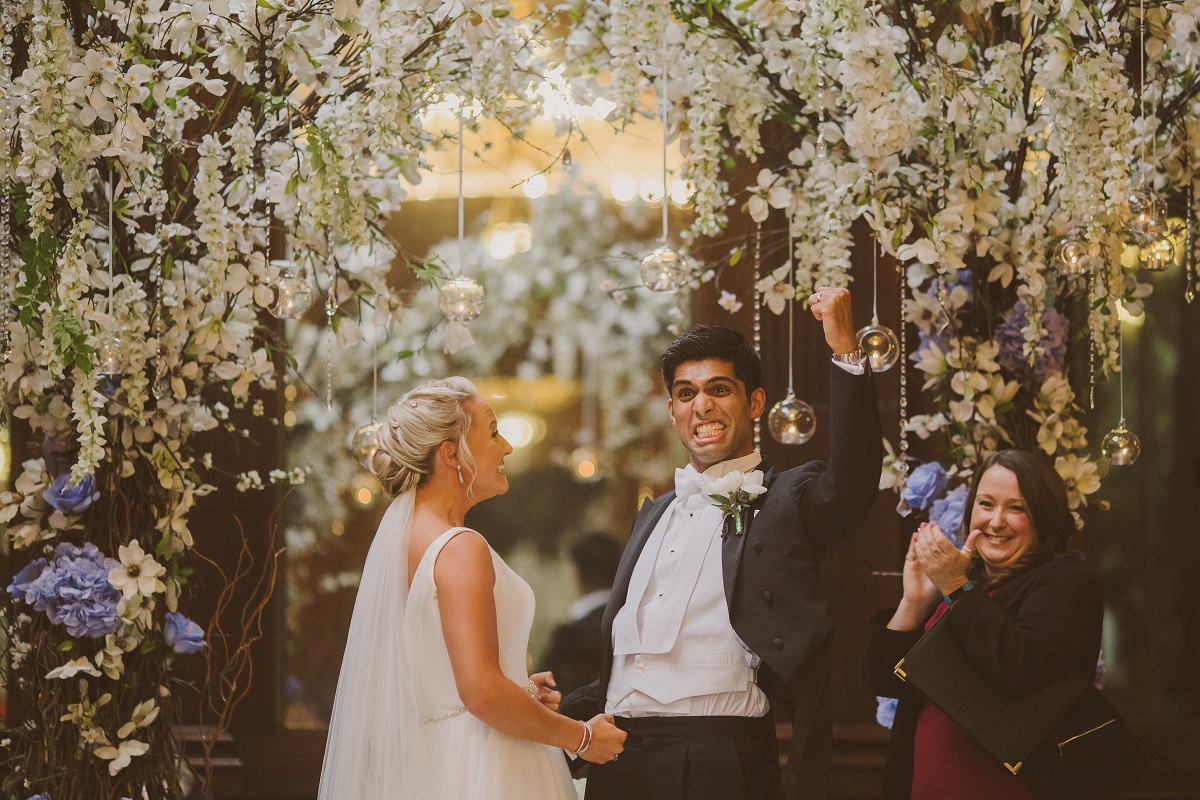 After studying hard for my A levels and then taking a gap year to teach in India, I then went on to Liverpool University to study Medicine in 2010.  My Mum took me to the university’s halls of residence where I moved into my new home.

Home sick at first, and not knowing a soul, I spotted a boy who had a room down the corridor who seemed like fun.  I plucked up the courage to go and knock on his door to introduce myself. “ Hi, I’m Sally, I have a room down from you”. He introduced himself as Hamid and it transpired that he was also studying medicine.

We hit it off straight away and soon became good friends. A few weeks later, things moved on in a Liverpool night club!! This was nearly 9 years ago, and we have had the best times since. Many foreign holidays, skiing holidays etc.

My studies took me down to London for a year to take a further degree which meant we had a long-distance relationship for a year, but we had a strong relationship which survived this.  Medicine is a 5-year course, so it was a long haul and for a couple of those years, we lived together. 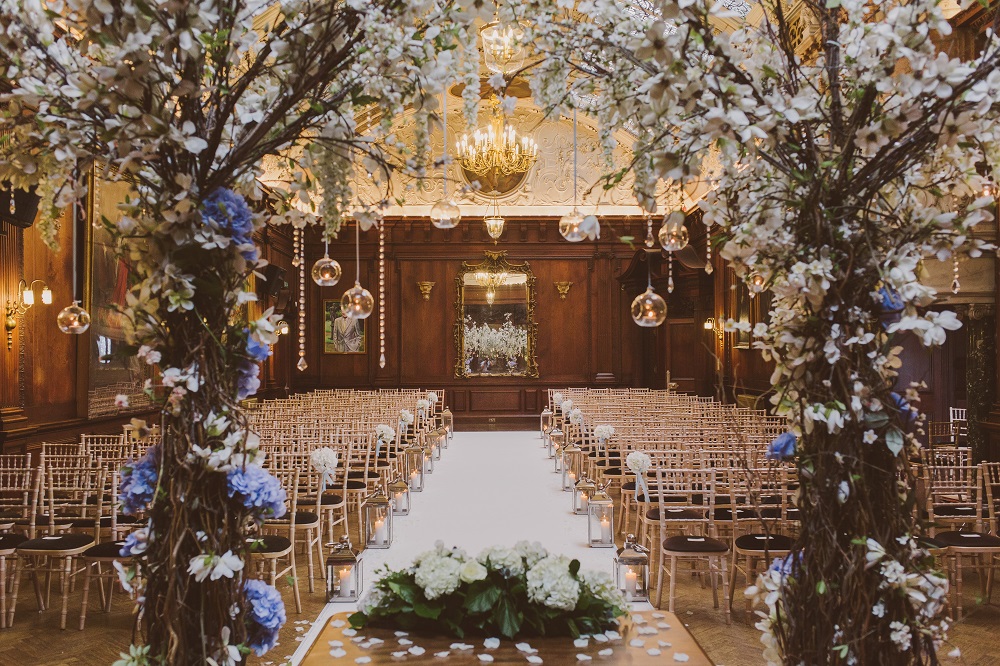 Hamid graduated a year earlier than me, so we had fun times with lots of parties and celebrations.  I, once again, chose to go to London to do my medical foundation years which meant we were apart for some more time.

Unbeknown to me, in 2017, Hamid took my Mum to The Ivy restaurant in Covent Garden where he asked for my hand in marriage.  They went hunting for a ring and a large diamond was purchased from Banks Lyon in Lancaster.

A holiday was arranged in Rome and Hamid and I flew out to have a lovely week away.  Hamid suggested a meal out one night. I made a bit of a fuss because I was tired after a long day sight seeing, suggesting we stayed in and have a pizza. 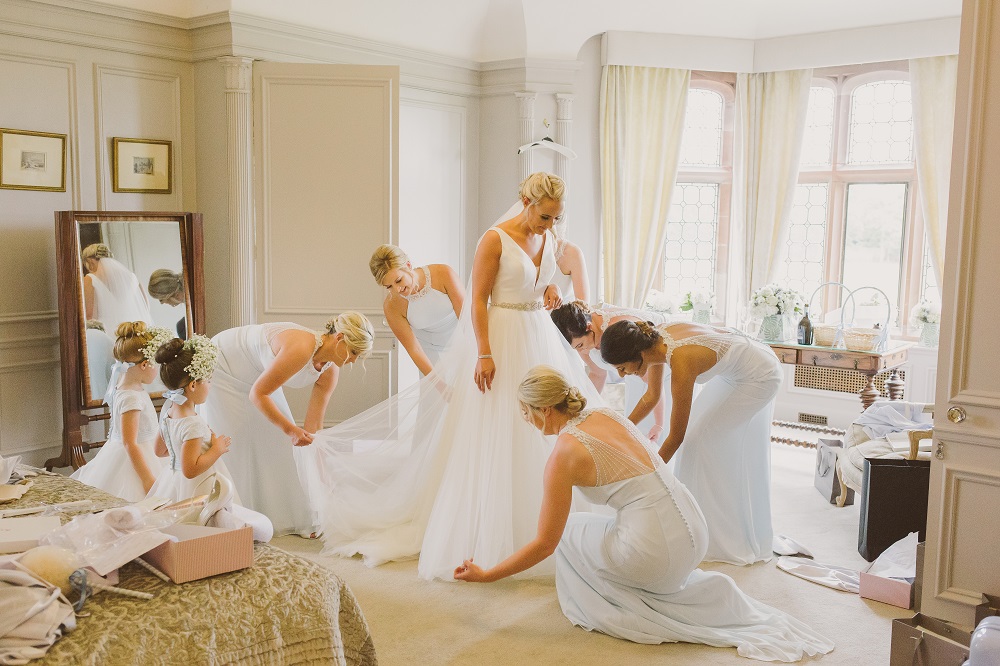 Hamid insisted we go out, so I reluctantly agreed making no effort to get dressed up!! We took a taxi to a very posh restaurant which I couldn’t understand as I felt very under-dressed!!  Cocktails were ordered and then Hamid made a song and dance saying he wanted a photograph on the balcony with the sunset behind.

I was starving so proceeded to moan and groan about the effort I had to make.  He spotted a Chinese couple and asked them to take our picture. Hamid got down on one knee and proposed. I nearly fell through the floor. I was not expecting this at all! I burst in to tears with happiness. The Chinese couple cheered and took about a million photos. 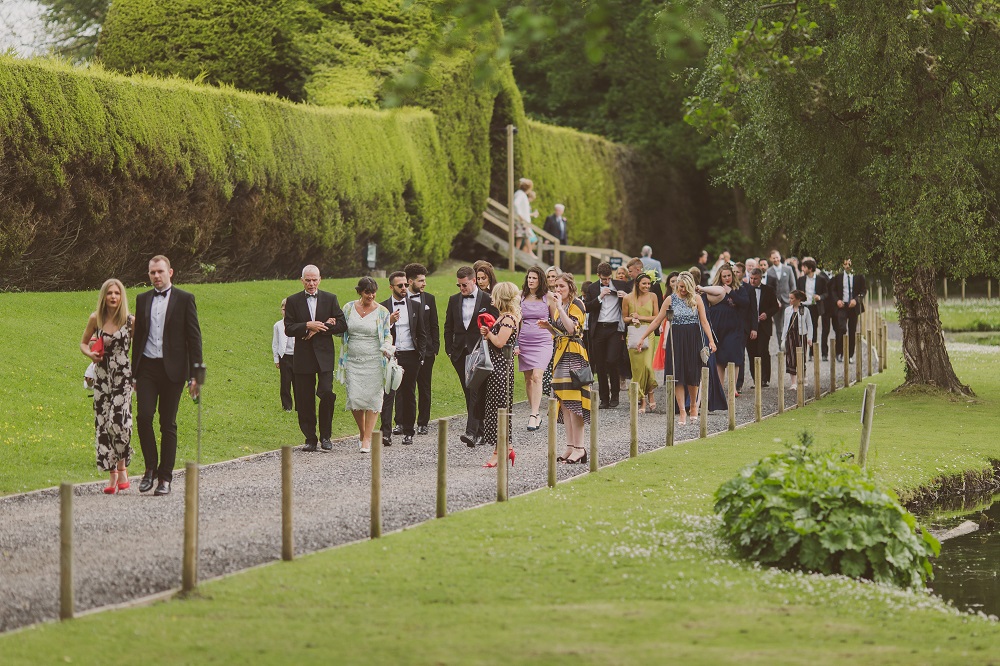 The planning began as soon as we returned home.  We visited many venues to begin with both near to my home in Pilling, Lancashire and further afield.  Once we set foot in the grounds of Thornton Manor, we knew straight away that this was it.

We were shown round three wedding venues within the grounds by a lovely lady.  The manor itself, the lakeside marquee and another smaller marquee. After discussing our potential guest numbers, the smaller marquee was ruled out which left us in a quandary as to which of the remaining 2 we should choose.  We were having a civil ceremony which was to take place at the venue so, as we couldn’t decide which to choose, we chose both! The ceremony to take place in the Manor and the wedding breakfast to take place in the lake side marquee.  Perfect!! The date was set for 1st June 2019 giving us 2 years to arrange our special day. 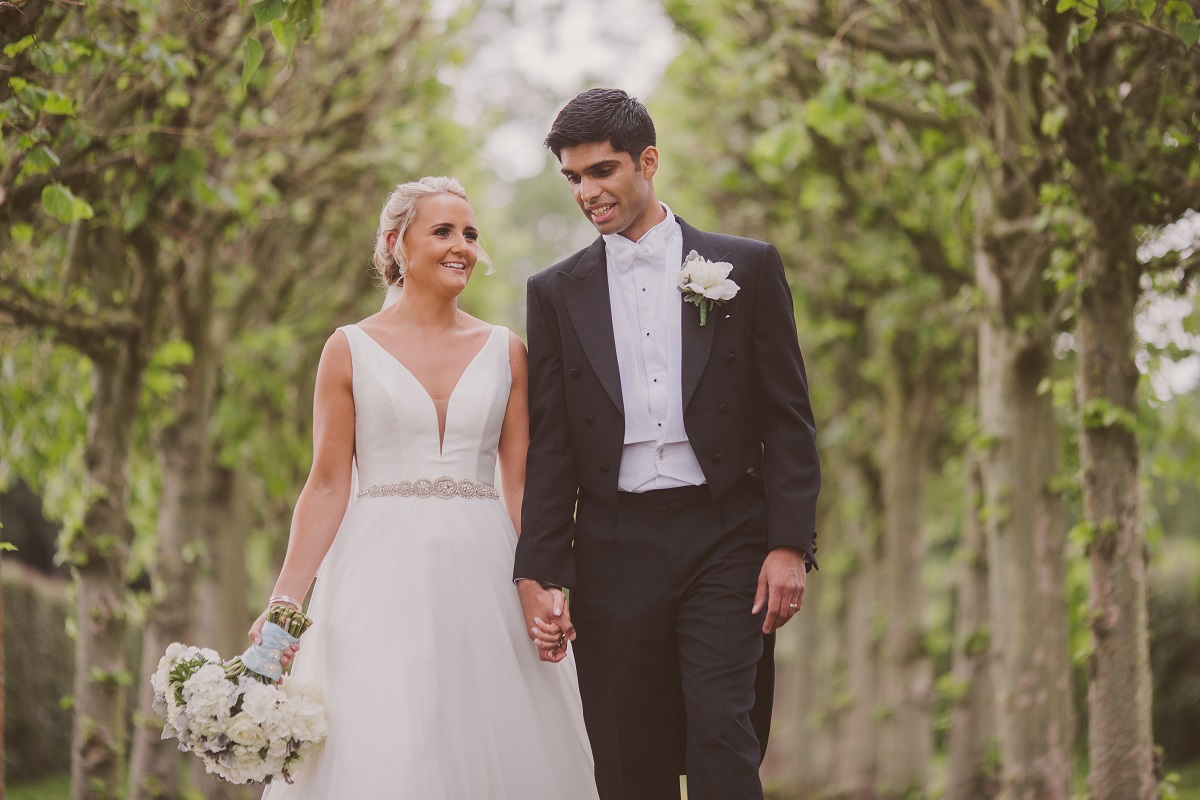 It was a great idea to do this. Then we booked our room in the Manor for the night of the wedding. The good thing about having the wedding here is that the Manor is exclusive to the wedding party, so the Manor was ours for the day and night and for breakfast the day after. 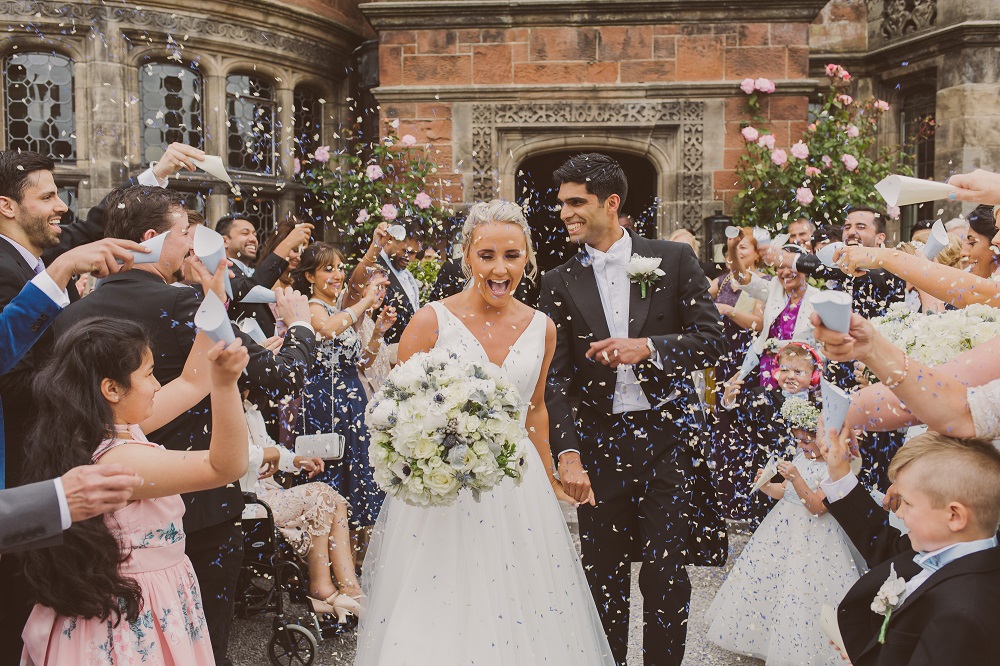 We looked at several florists, but then decided to use Qube to do the flowers and the decorating of the manor and marquee.  They did a spectacular job; I would highly recommend them. Well organised and very professional.

My friend recommended a photographer from London, Nick Ray, as she had been to a wedding he had done and was particularly impressed that he was unobtrusive and people hardly knew he was there, taking mainly natural photos instead of stage managed ones which was what I wanted. 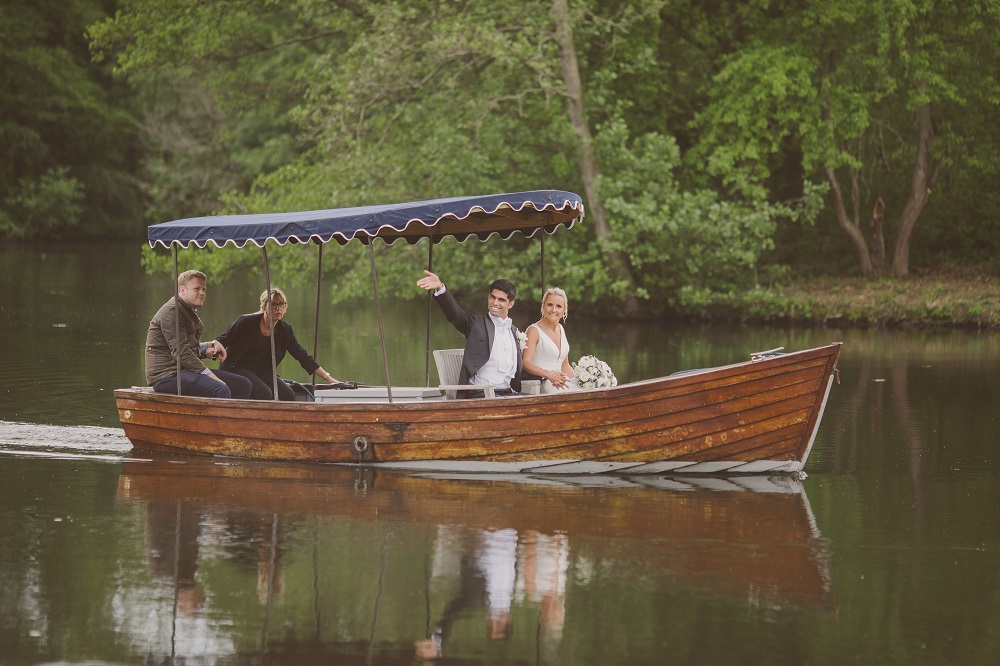 We were unsure as to whether we would have a video or not, I am so glad we did.  Tom Harrington was our videographer. The video is amazing!!!

Next was the hunt for my dress.  I visited many bridal shops and ended up in The Ivory Dressing Room.  What an amazing experience. Brett and Bev, the owners, could not have been more helpful and attentive.  They have such a wide range and the moment I tried on the dress; I knew it was the one for me. Most unlike what I thought I would go for, but I felt like a princess.  I said yes to the dress!! 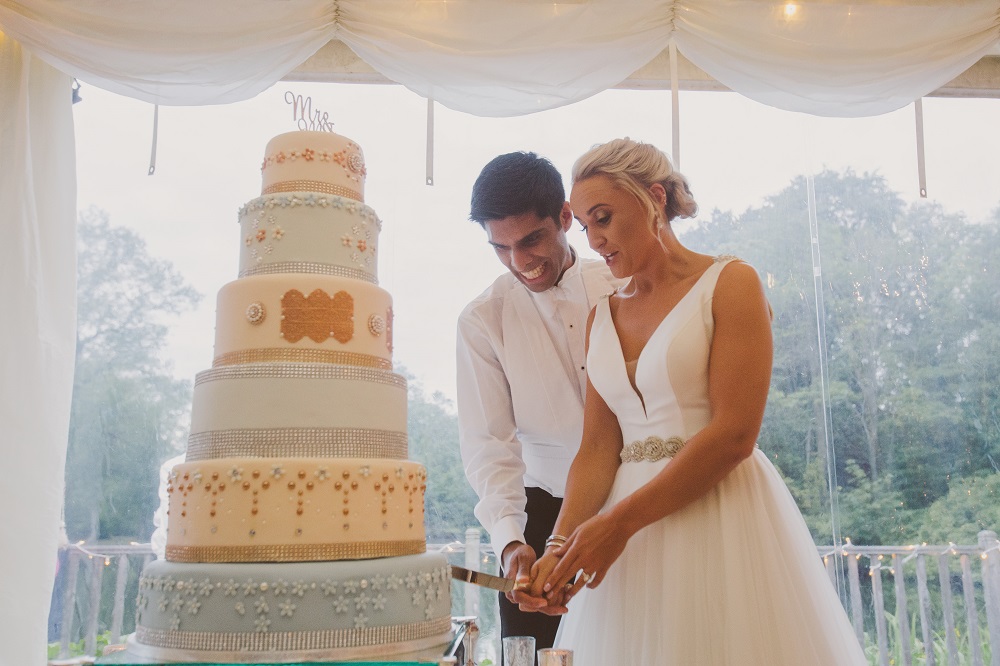 My Mum fell upon her outfit, after shopping the length and breadth of the country, 7 miles from home at Chique in Cleveleys. She looked lovely, with a sash to match the colour scheme.

We decided upon a string quartet playing at the drinks reception and during the ceremony, Leo’s strings.  We felt this suited the ambience of the Manor and something I had always envisaged having at my wedding.

At last, the day arrived.  My bridesmaids, my Mum and I had our makeup and hair done in the gatehouse where we had fun and Prosecco!  Hair by The Powder Room and makeup by Katie Hayes, both from Liverpool. The move from here to the Manor was like an operation from a James Bond movie. The staff were so good ensuring none of the guests caught sight of us.  It was so good as we could see all the guests arriving and could wave from the window of our room where we were getting our dresses on. The sun was shining, the day was perfect. 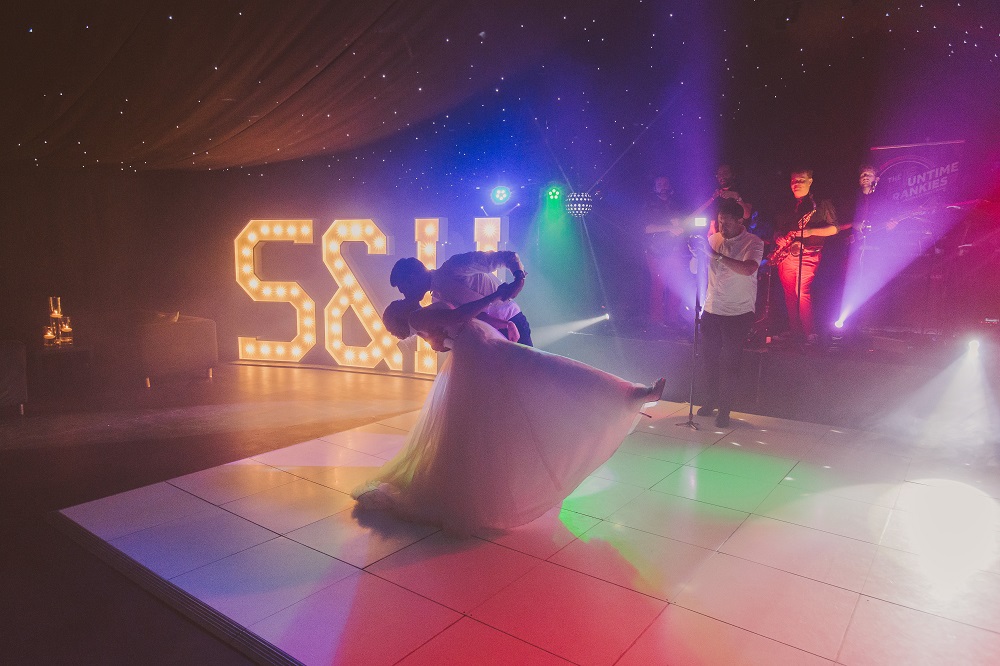 The walk down the stairs and the procession into the Music Room was so exciting.  I walked up the aisle with my Dad at my side and as I approached Hamid, I could see he had tears on his face. After a brilliant and moving ceremony, we left the manor to a confetti shower and got into Genevieve, a classic car from Grosvenor cars, to drive and have a quiet moment whilst the guests assembled for the drinks reception and canapés provided by the caterers and also my Mum who has a pie company, tiny little pies and sausage rolls.

We travelled down to the opposite side of the lake from the marquee where we got on a boat to arrive as a surprise to our guests, by boat. 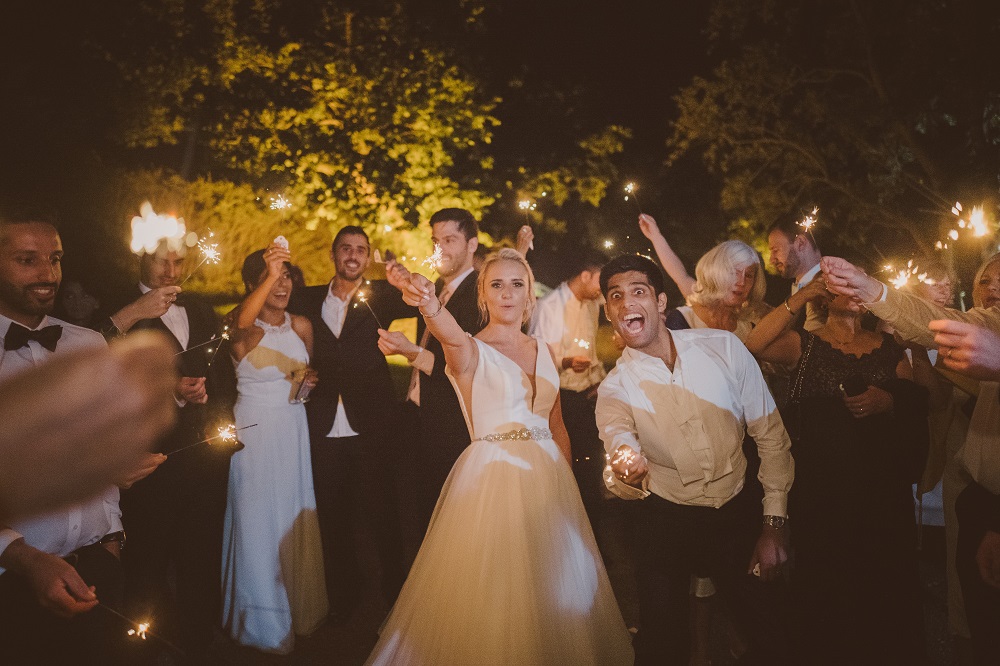 During the course of the meal, my Mum had booked The Singing Waiters from London as a surprise for us, they were great. The guests joined in with the hilarity.  The day flowed, as did the wine, into the night. there was no lull mid wedding which I liked. We had a band at night, Funtime Frankies, who were amazing. I’d had the best day of my life and wish we could do it all again.

We then went on an 8-week honeymoon to Singapore, Thailand, Cambodia and Vietnam.  Then home, back down to earth, to start our married life in our new home and to work hard as Doctors.

Hamid’s Mum has planned a wedding blessing in August too, so we have that to look forward to!! A 2nd wedding celebration for us. 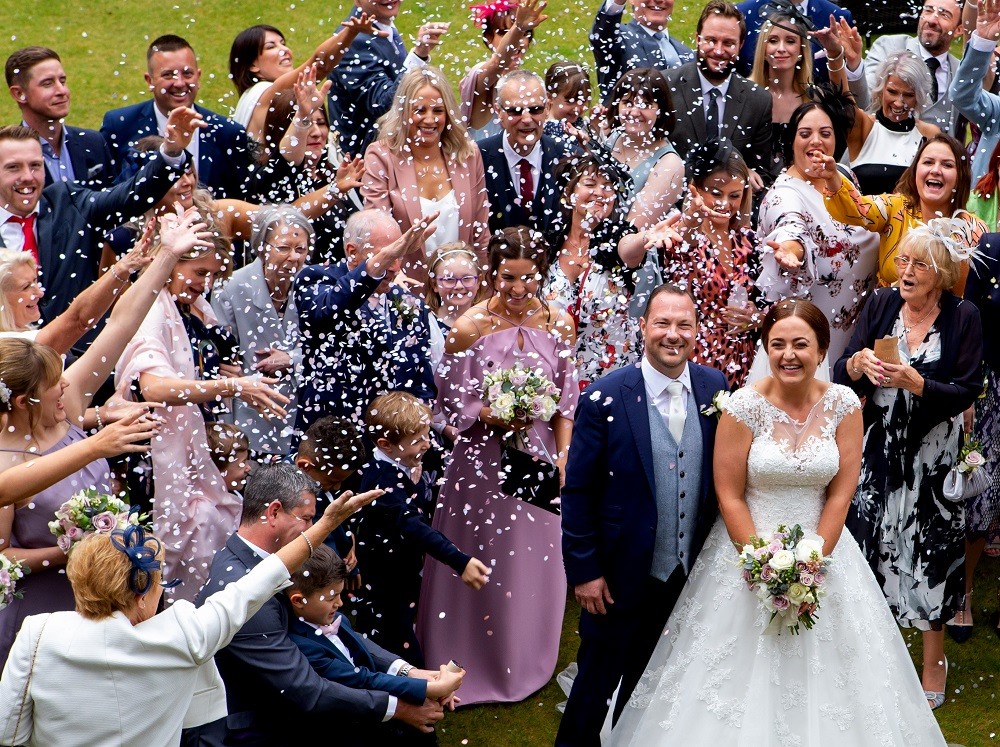 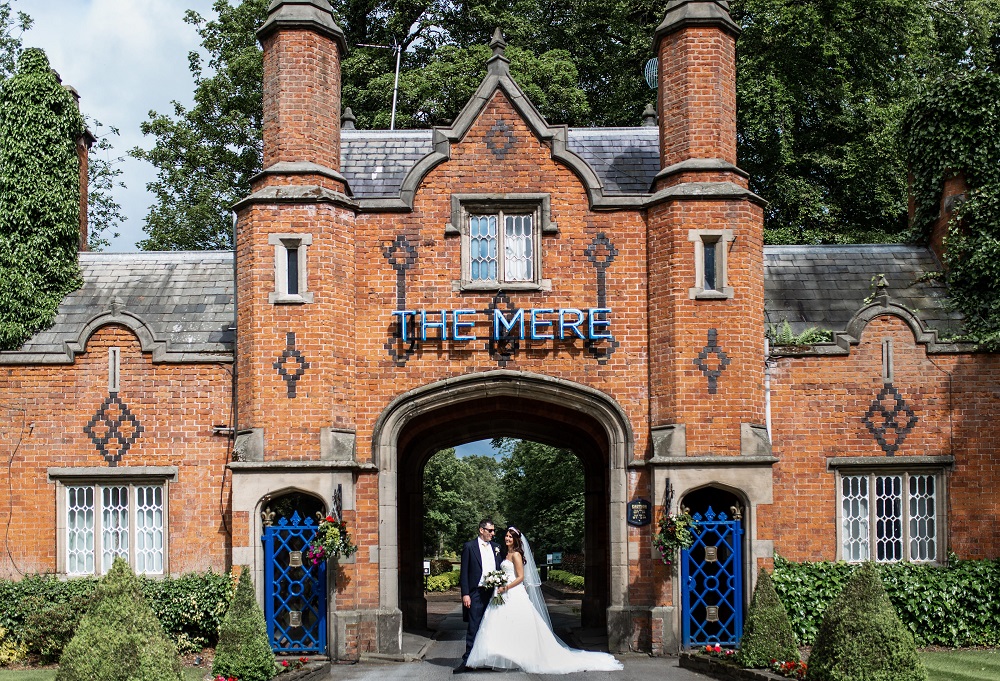 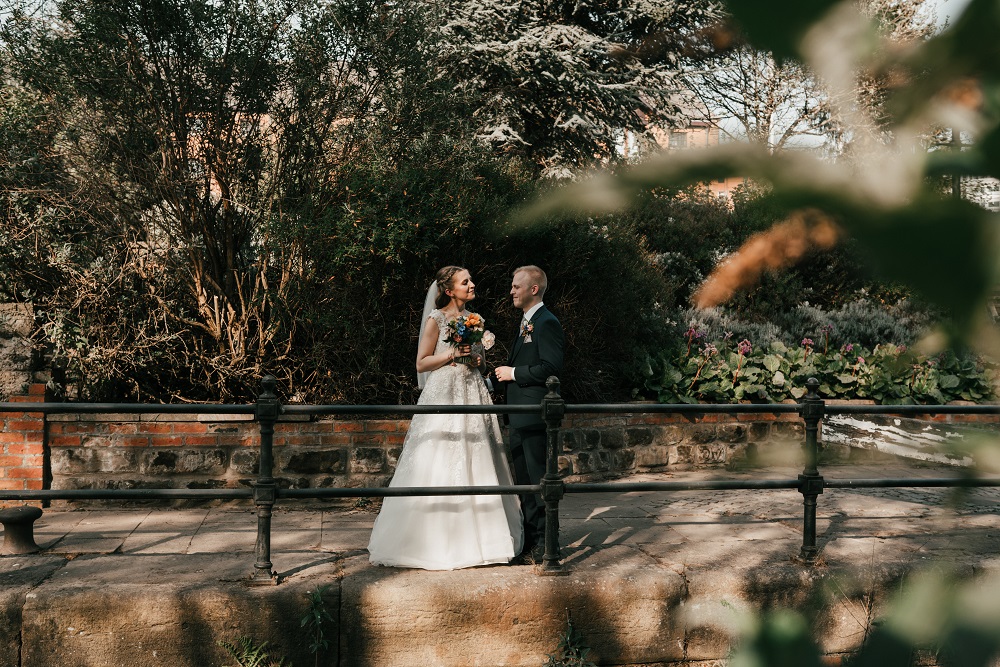